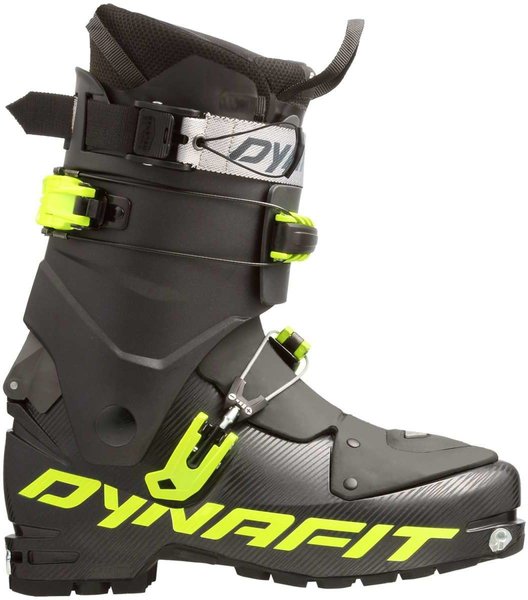 TLT Speedfit supports you on your onpiste tour day and night - with special light and comfortable liner.

The TLT Speedfit is based on the tried-and-true DYNAFIT TLT Series and was developed specially for on-piste tours. At a light 1,190 grams, this ski touring boot promises comfort along with high performance in combination with sturdiness, efficiency and stability. It can be described as a minimal, easy-handling ski touring boot without unneeded features. With the Ultra Lock 2.0 closure system, the boot is adjusted, opened and closed with one single buckle -- thus saving time and handling in operation. A new boot liner with superior insulation and enhancements to the lining protect feet from the cold even when temperatures hit nightime lows. A soft Pebax tongue gives more flex in the forward lean and guarantees freedom of movement and support during fast, dynamic ascents. In the body position for descents, the upper made of Grilamid® has the proven rigidity and can be simply and reliably secured. The POMOCO rubber blend in the outsole doesn't change when temperatures do and offers consistent performance when it comes to grip and stance while walking when not in the binding.

MATERIAL
CSR
Made in Europe